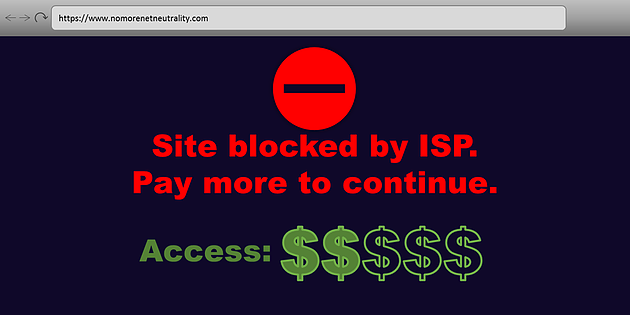 All over the news, there has been talk of net neutrality and FCC Chairman Ajit Pai’s plan to deregulate the internet. And while it might not have much to do with cybersecurity in particular, net neutrality has a massive impact on the internet at large, making it top-of-mind for tech companies like us.

Net neutrality is the principle that all internet service providers must provide total coverage of the internet, without slowing down or blocking any particular content, applications, or websites. According to current regulations, companies such as Microsoft, Google, Apple, Verizon, AT&T, etc. must make all sites and apps completely available to the public, regardless of who created them or who is accessing them. Pai wants to remove these regulations and give the internet service providers free reign.

Why is this a big deal?

The fear is that, without regulations enforcing net neutrality, internet service providers will have the power to regulate the internet themselves. Without net neutrality, it would be entirely possible for a big broadband provider, such as Comcast or AT&T, to block access to the sites of competitors, and slow down other sites to entice consumers to buy packages granting better access. Much like how cable packages work today, where the consumers purchase a package allowing them view certain channels. Another fear is that broadband providers will charge websites a fee to make them accessible. This could infringe on freedom of speech, as well as serve as a blockade for small start-up companies.

As a small business, Mission Multiplier understands the concern that deregulation could cause significant harm to entrepreneurs and fledgling companies. In an online environment without net neutrality, ISPs could potentially institute a pay-to-play system in which companies would be forced to pay extra for their site to be available to more consumers or for their content to be provided at speeds comparable to or greater than their competition. If a situation like this were to arise, a relatively small cybersecurity company like Mission Multiplier wouldn’t have the capital to compete with multi-billion-dollar companies operating on a national scale. The online presence of small businesses could effectively disappear.

These beliefs and fears are not unfounded. In the early 2000s, there were occasions where companies blocked or slowed access to some websites. These occasions were rare and proved to sometimes be more harmful than helpful to the offending companies, but they prove that, when given the option, some companies will choose to play dirty for the sake of personal gain.

Say you want to access an article from an online newspaper, but that newspaper recently released an article that bashed your internet provider. When you try to access their site, a message pops up saying, “Sorry, this page is unavailable.” You know exactly what’s happening, and you are not happy. You could accept the injustice or find a competing provider offering better access. Hopefully, despite the article, your ISP would not block the site out of fear of competition.

In response to public uproar over the potential loss of net neutrality, the FCC provided a comment service where people could share their thoughts on the matter. The call for comments is now closed and is surrounded by controversy over the discovery of mass amounts of fraudulent comments. These comments are slated to be used for the vote on whether or not to pass Pai’s deregulation plan. The vote is scheduled for this Thursday, December 14, 2017, but may be rescheduled as a result of significant pressure being put on Congress to stall the FCC at least until there can be investigations into the comments.

If you, your organization or company, or someone you know would like more information on net neutrality or our company, please do not hesitate to reach out to Mission Multiplier at info@missionmultiplier.com.